Top places to visit in Tokyo
With more than 12.5 million residents to entertain, Tokyo has a lot going on. Boasting theTokyo National Museum, the National Museum of Nature and Science, the Ueno Zoo, and the sprawling green space, Ueno Park merits at least a day. After a day of on-the-ground shopping at Tsukiji Market for food and in Ginza for designer attire, take a lift into the sky at either the Tokyo Tower or the Tokyo Metropolitan Government Building for a bird’s-eye view of the city. If you truly want to learn about Tokyo’s history, you need to head to theEdo-Tokyo Museum and the Imperial Palace. And no trip here would be complete without visiting and of Tokyo’s Buddhist and Shinto sites like the Sensoji Temple and the Meiji Shrine.

Even if you’re not a sushi connoisseur, the Tsukiji Market offers an unforgettable experience. While many claim it to be the largest fish market in the world, the handling of more than 2,000 tons of fish per day wows almost any traveler. What you witness here is the huge first step in feeding Tokyo’s massive population. Ships arrive in the wee hours of the morning, and by 5

0 a.m., the tuna auctions have commenced with wholesalers bidding for good-looking specimens. Unfortunately, due to the increased number of tourists, these exciting auctions have recently been closed to the public, except for a small viewing area open from 5 to 6:15 a.m. While we encourage early risers to queue for this small space, the outer market, which always welcomes visitors, is sufficient to whet your appetite. In this cavernous marketplace, you’ll spy wholesalers hawking their early morning purchases to eager shoppers

And if all the excitement and bartering makes you a little hungry, why not grab a bite? There are numerous sushi stalls and tiny restaurants in the market. One TripAdvisor user says, “It was expensive to have sushi and sashimi here, but the freshness of the food and the cutting skill of the chefs make me feel that the money was worth it.” 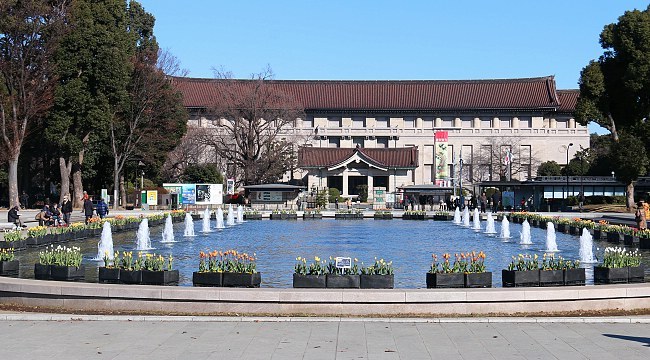 If you make it to one museum in Tokyo, this one had better be it. Japan’s oldest and most expansive museum, the Tokyo National Museum hosts the largest collection of Japanese art and artifacts on the planet. Strolling through the halls of its six buildings, you’ll spot samurai armor, ornate swords, delicate pottery, decorated tombs, kimonos, calligraphy, paintings, and much more. These works and relics trace the history of the Japanese people. In addition, you’ll find pieces from all across the continent in the Asian Gallery. Recent travelers raved about the Tokyo National Museum.

Located in the Taito neighborhood, the museum is easily reached on the metro. Four lines—JR, Ginza, Chiyoda Tokyo, and Keisei—stop near the museum, and the most popular metro stop is Ueno Station because many lines intersect at it. Be sure to enjoy the fresh air of Ueno Park, which surrounds the museum and features the zoo. Admission costs 620 yen (about $6) for adults; however, special exhibitions may require a separate ticket. The museum welcomes visitors from 9

0 a.m. to 5 p.m. every day except Mondays, when it is closed. For more information, check out the Tokyo National Museum’s website.

The Meiji Shrine is a Shinto shrine dedicated to Emperor Meiji and Empress Shoken. Japanese history credits Emperor Meiji for modernizing Japan in the late 19th and early 20th centuries. After the emperor’s death in 1912 and that of his consort in 1914, the Japanese commemorated their contributions with the Meiji Shrine. And although the buildings are certainly worth visiting, we find the surrounding forest even more remarkable. Usually considered a part of Yoyogi Park, the forest is composed of more than 245 species of trees from around the world

Most visitors say that the highlight of their visit is spotting a traditional Japanese wedding. One TripAdvisor user says, “The best part about it is all the locals dressed up in their best (especially on weekends) attending weddings and taking photos of their kids all dressed up in the traditional ceremonial outfits.”

When you visit the shrine, be sure to abide by the prescribed rules: Don’t photograph the interior of the buildings; don’t eat, drink or smoke unless you’re in designated areas. With less than a 10-minute walk, you can reach the shrine from the Yoyogi, Sangubashi, Kitasando, Harajuku or Meiji Jingu Mae subway stations. The shrine welcomes visitors from sunrise to sunset every day, but the individual building maintain varied hours. For more information, check out the Meiji Shrine’s website.


One of the oldest religious sites in Tokyo, the Sensoji Temple is the city’s most popular Buddhist spot. Despite its claim to antiquity, the structures that currently stand are relatively new reconstructions of previous edifices. During World War II, nearly the entire temple was razed; only the eastern gate survived. The complex has since been rebuilt and—unfortunately heavily commercialized—which detracts from temple’s serene designs. Just fighting your way down packed Nakamise Dori (the shop-lined street leading up to the main gate) may make you want to turn around and go elsewhere. But we encourage you to persevere and enjoy the temple’s grounds. As oneTripAdvisor user attests, “The temple itself is absolutely beautiful and serene, despite the chaos of the crowd located in the shops.”

In the northern neighborhood of Taito, the Sensoji Temple is easily accessed via the Asakusa Station. Although the temple grounds remain open 24/7, the main hall welcomes visitors daily from 6 a.m. to 5 p.m. From October to March, the hall opens a bit later at 6

0 a.m. Admission is free. For more information, check out the temple’s website. 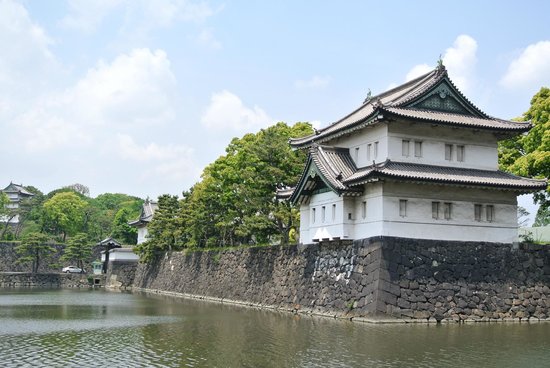 You’d think that the Imperial Palace would be mobbed with tourists, but it’s not. You can credit the lack of crowds to an application policy, which limits the number of visitors. Some visitors report that you should request tickets several weeks in advance to ensure admittance. These guided tours are only in Japanese, although an English pamphlet and audio guide are available. Since entering the palace requires planning (and even receives mixed reviews), most travelers come to the Imperial Palace for its lovely grounds. The East Gardens are made accessible for guests year-round. This flourishing green space has plenty of shady spots in which to recline and open fields in which to picnic
Odaiba


Envision a mini Atlantis rising out of the water, conveniently right next to downtown Tokyo. That’s Odaiba. This neighborhood/ mini-island is a hub of entertainment, eateries and architecture. You’ll want to snap shots of the futuristic-looking Fuji TV Building and Tokyo Big Sight structures. And among other attractions, you’ll find the Panasonic Center, Toyata Mega Web (the company’s gigantic showroom), National Museum of Emerging Science and Innovation and several shopping malls. But, aside from the distractions on Odaiba, the gorgeous views across the water have most eyes turned back toward downtown. And at night, the Rainbow Bridge electrifies the glittering skyline with glorious colors

You can visit this fun-filled island anytime, any day. Just hop on the Rinkai and Yurikamome metro lines; both have stops on Odaiba at places to visit in Tokyo


The National Museum of Emerging Science and Innovation, commonly referred to as the Miraikan, attests to the intellectual and Tokyo’s entrepreneurial spirit. This high-tech museum features exciting interactive (and more importantly bilingual) exhibits that showcase engineering feats such as robotics and space exploration. There’s also a life science section that explores the genome and medical advances. Kids will particularly enjoy the displays as they can touch, climb on and play with many of them. But, the fun isn’t just for the little ones: Recent travelers said the museum is entertaining for parents, too.

The museum welcomes visitors from 10 a.m. to 5 p.m. Wednesday through Monday. OnOdaiba, you can easily walk to the museum from the Fune-no Kagakukan, Telecom Center and Tokyo Teleport subway stations. Admission for adults costs 620 yen (roughly $6) for adults. Note: On Saturday, individuals 18 and younger get in for free. For more information, check out the National Museum of Emerging Science and Innovation’swebsite. 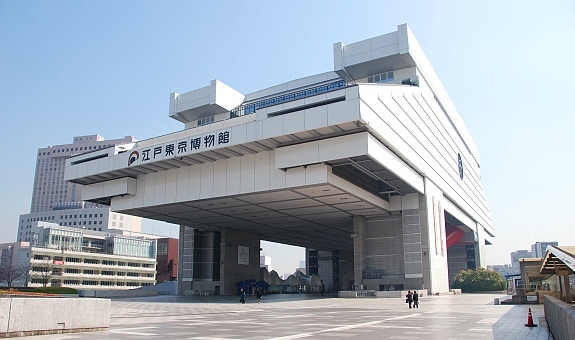 If you want to really get to know Tokyo, head to the gigantic Edo-Tokyo Museum. This expertly designed museum recreates the history of the city with large-scale models of important events and architectural monuments. Travelers can walk through Tokyo’s humble origins, to its rising skyscrapers, past the devastation of WWII and into the modern metropolis. Many visitors marvel at the intricate detail of the exhibits that make them seem almost real. One TripAdvisor user recommends, “The museum is best appreciated after you’ve been in Tokyo for at least a couple of days, so you’ve begun to understand a little about the present-day city.”

The Edo-Tokyo Museum is open from 9

0 p.m. Tuesday through Sunday, and open late till 7

0 p.m. on Saturday. We recommend you reserve a good chunk of time for a visit. Admission costs 600 JPY (about $7.75 USD) for adults. The Edo-Tokyo Museum is located near the Sumida River right next to the Ryogoku subway station.