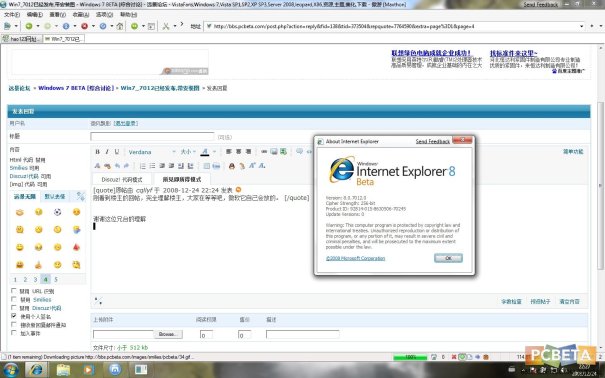 It’s difficult to believe Chinese users to have access to Windows 7 Build 7012 and comments on neowin & pcbeta have raised several concerns over these screenshots and looks like its fake screenshots. I suppose we need to wait until some one from windows 7 dev team or beta testers to confirm these screenshots.
But we cannot deny from the fact that Microsoft is already ready with windows 7 build 7012 or even higher build. Since few days back Scott Wylie, Director of Development and Platform Strategy for Microsoft New Zealand Director had published a screenshot of Windows 7 Beta Build 7004 on his blog.
The good news is that the Guy who has posted this screenshot on pcbeta.com has promised to seed it to prove he has windows 7 build 7012. I guess the wait for windows 7 beta 1 leak is not so longer now, anytime Windows 7 Beta 1 torrent download link will appear.